Just when you thought it was safe to come back to my site, I bring you...

By now you have no doubt seen the video or read the news story about the MythBusters team and their unfortunate incident with the cannon. No, I'm not talking about a Canon, like my PowerShot A710, I'm talking about a real, home made cannon that fires projectiles at high speeds to cause varying levels of destruction and mayhem. If not read the story above and check out the map to see just how out of control this little experiment became.

Having been a big fan of the MythBusters for quite some time, it is obvious that they take safety very seriously. The most unfortunate part of this entire incident is that, according to the news story above, the episode with the cannon will not be aired. Bummer. I love their explosion episodes.

Now check out the explanation of the math involved to see just how much force was exerted to make the cannonball go that far, that fast, and through that many objects. 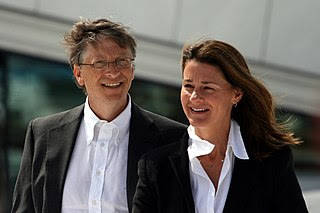 Link #2: Sorry, Folks, Bill Gates Is Not Coming Back to Microsoft


"While it is fun to play “what if” games, the fact is that Bill Gates is not planning a return to Microsoft, the software giant he founded with Paul Allen decades ago."

Earlier last week Fortune Magazine published a story from a "prominent Chief Executive" who heard that uber-geek himself might be staging a come-back to help a struggling MSFT. Yes, Fortune published a story based on the word of someone who "heard from someone close to Gates that he might be considering such a move."

An un-named source heard it second hand? Wow, that's authoritative. While I would LOVE to see BillG back at MSFT I doubt it will ever happen. He has his sites set on Malaria, AIDS, and Education, three of the biggest challenges in the world today. Probably not going to happen but it would be cool if it did happen.


"The beautiful theory of statistical gambling... has mostly been studied under the unrealistic assumption that we live in a continuous world, that money is indefinitely divisible, and that our life is indefinitely long. Here we study these fascinating problems from a purely discrete, finitistic, and computational, viewpoint, using Both Symbol-Crunching and Number-Crunching (and simulation just for checking purposes)."

Short summary: how to win at gambling if you don't have infinite money or time. Check out the math if you are into that kind of thing. Gambling is a fun practical application of math, of which I always do poorly, hence my tendency to avoid participation. I do enjoy watching others lose participate. Now someone has taken that love of math and come up with a pretty good analysis of how to gamble optimally in a short amount of time.


"It means a whole lot of stuff that needs to be integrated. We don’t need anything new at all. There’s so much work that needs to be done with the existing tool sets. Steve Jobs didn’t really invent anything at all. But he was great at integrating things into a product. There’s a lot more of that work to do. We have to do it in the phone world and the TV world and the health care world. We have lots of devices and lots of chips and lots of operating systems and lots of content. The bigger question is, how do human beings use it all efficiently?"


“A longtime friend on the school board of one of the largest school systems in America did something that few public servants are willing to do. He took versions of his state’s high-stakes standardized math and reading tests for 10th graders, and said he’d make his scores public.”

This is interesting but kind of sad at the same time. I like the fact that a public official is trying to set an example by taking the standardized test and publishing his results. The sad part is that he failed to correctly answer any of them without guessing. I took the sample questions myself and came out with a perfect score. If the score wasn't perfect I would have committed grievous bodily harm to my keyboard. Remembering back on my high school math classes these questions are perfectly appropriate and worded well. We need to have our students pass tests like this if they are to compete in the real world. The math questions were not too hard. An adult school administrator with poor math skills? Say it isn't so!

Math is right up there with reading and speaking abilities when it comes to success in life: the more complex the math that you can understand the more likely you are to get a higher paying job than someone who doesn't.


"Intel and Micron's joint venture IMFT has announced that it has produced a 128Gb die. A package combining eight such dies together would be small enough to fit on a fingertip and boast an unprecedented 128GB capacity. Mass production will start in the first half of next year, and devices using the new dies are likely to start shipping in 2013."


HUGE SSD drives are on the way. SWEET! It's only a matter of time before SSD drives of various types take over for the various types of spinning hard drives we use every day. Now that consumer devices like tablets and phones are starting to use them the prices are falling precipitously.